Posted on February 19, 2016 by scrappin4fleia
Hopefully you’ve read the post below about how I had a moment this week in which I was very honest and found myself feeling more free than I have in a long time.
Here’s the story and then, if you have time, I’ll expound on the profound impact it had on my current mental, emotional and physical state.
**Warning** If you don’t care for soul searching you may want to skip this.** I’ll never know if you do and I won’t mind one bit if I ever found out.  🙂  But for those who may benefit from my experience…read on. **

My husband (a dentist) has just made a somewhat unexpected job change.  It’s for the best, and anyone who knows who he was working for has agreed that it’s a good thing he left that office.  Since his new job will be farther away he wanted to let the orthodontist know he could no longer refer patients to her.  So, we took an afternoon and went to her office to explain the change.
We went to lunch and in the course of conversation she asked if his new job meant we had to move.  He replied no, and then commented, “Well, my wife would like to move.” and grinned at me.
Of course, I quickly exclaimed, “Oh, I like it here fine.  It’s fine.  There’s a lot to offer and it will be good.”  or something else to “right” the moving comment and let this doctor know I wasn’t complaining about our current situation.
Lunch went on, but that two minutes of the conversation stuck with me.
As we were driving home I casually mentioned to my husband that I was embarrassed at the “My wife would like to move.” comment.  I explained I didn’t want to be the complaining wife, etc. etc.
**pay attention now**
He just patted my knee and said it was okay.
Okay?
As in, you’re okay with the fact that I’m having a harder time getting used to this change in our original what-we’re-doing-after-I-get-out-of-the-Navy plans (even though we’ve lived here going on seven months now I thought to myself??)?
He just nodded.
I asked again, “It’s okay if I just say, ‘I’m getting used to it?  Arlington is nice.’  Because I don’t not-like it here.  It is nice and I love all that this area has to offer.”
Again he nodded, adding that he knew it was hard and especially with a job situation that turned out not to be the success we thought it would be.
And I began to get all choked up, because I realized I had just been honest not only with him, but more importantly with myself.
I honestly am having a hard time here.  I loved Oklahoma and was really looking forward to going back there.  When I found out we would be moving to Texas I was very upset, but I understood the reasons and knew there was a greater plan that I needed to support.  Plus, we are only 3.5 hours away from where we originally wanted to be, so I could visit friends much more regularly than before.
And, as is most often the case, my inner people-pleasing, perfectionist, obedient first-child self who prefers smoothing everything over than be rejected made herself get right in and settle down and accept this change with a smile plastered on her face.
But for the first time in our 20 years of marriage I wasn’t okay with a move.  I wasn’t okay with the change to the plans.  I was okay with supporting them, but just not handling it well.
And when I allowed myself to be un-okay with it and to be honest with not only my husband, but anyone else who might ask, and not worry I would be rejected for not going with the flow, well… I.  FELT. FREE. 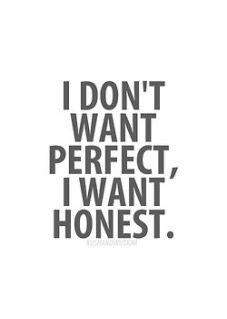 Soon I plan on telling my husband just how much his acceptance of where I am at helped me.  He’s not the highly emotional one and being this open and honest about things is not something we are really used to doing.  I mean we are always honest with each other and discuss decisions that need to be made, but we both kind of pride ourselves on just dealing with life and not complaining.
Well, ever since that five minutes of conversation in the car I’ve feel free and it’s like things began to connect.
I haven’t blogged as much lately not only because I’ve felt like a horrible example, but because I just haven’t felt the same.  My daily schedule is fairly similar to that of our schedule in North Carolina, but I’ve just felt like it’s all so much different at times.
I’ve spent many moments wondering  how to get back to what had become my new normal of health and fitness.  I’ve struggled with wanting to eat better, but also not cared a lot of the time.  Getting our membership to the YMCA has helped immensely and I’ve loved my BodyPump and spin classes.
But I’ve still struggled and when my husband verbalized it’s okay to be struggling I suddenly realized that’s what has been wrong these past months.
Just maybe I was turning to food a lot because of the unsettling I was feeling, or the unsettling I wasn’t allowing myself to feel.
But now I’m allowing myself to feel unsettled.  I’m allowing myself to mourn the change in plans, to miss our friends and the area we fell in love with and in doing so I think it will allow me to move forward in this new hometown.
Like I said in Part 1:   Happy Life = Healthy Life
Not that I am always happy, but knowing it’s okay to be sad makes me happy.  As ironic as that sounds.  🙂
Funny thing is my husband has gained weight as well and a few weeks ago I blurted out, “I need to put US on a diet!!” to which he replied, “No, I just need to exercise and get a new job.”
I had to agree, because we had both noticed how this unhealthy work situation was taking a toll on him and bleeding out into other areas of our life.
Well, he has the new job and we’ve been exercising.  Now that I’ve had this major emotional breakthrough maybe we can really begin to settle and get our health back in a good place.
*sigh*  Life.  It happens and it’s okay.
I am who I am and while I won’t allow myself to use this mourning of sorts to be an excuse to give up or quit on my health I can allow myself to feel it and then move on.
Thank you for checking in!  I’m feeling confident that I’ll be more comfortable blogging about the positive things I am doing instead of holding back because of the not-so-positive things I’m eating doing.
Have a good weekend!

3 Responses to Freedom in Honesty – Part 2